On Aug. 29, 1878, three armed men entered the Concordia Savings Bank which was located next to Kroencke’s Store on the SE corner of Caroline &amp; Schiller Streets (today 7th & Main), overpowered the teller Henry Ficken, and made off with $4,160.00. Note that the Depot was in the center of Shiller Street. 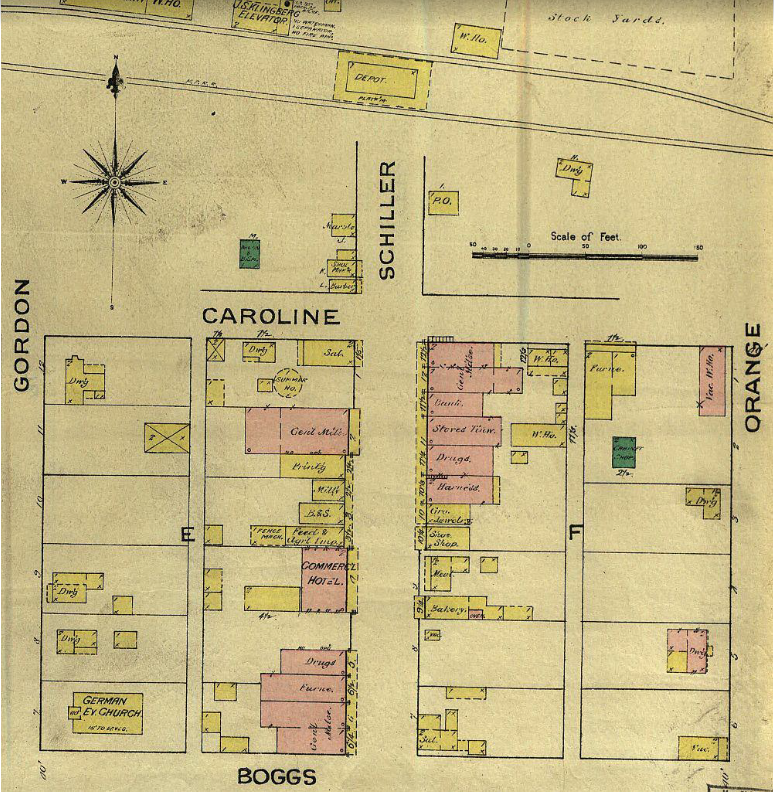 Looking at the map, one can follow the action during the holdup. The robbers tied up their horses next to Kroencke’s Department Store on the north side of the bank. Mr. Sodeman heard the commotion from his tin shop next door on the south side of the bank. When he came over to the bank, he was chased off by the sentinel at the entrance to the bank who fired shots at him. After the robbers took the money (currency only), they rode off south down Schiller Street. Peter Deuchler, the saloon keeper at the south end of the block, ran out and exchanged shots with the robbers as they fled.