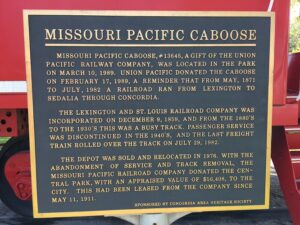 The Lexington and St Louis Railroad Company started rail service to Concordia in May 1871. The railroad traveled from Lexington, through Higginsville, Aullville, Concordia, Emma, Sweet Springs, Houstonia, Hughesville, and on to Sedalia. The first railroad station agent was John Powell. He was in charge of the Concordia railroad station which included being a ticket agent, baggage handler, and telegraph operator. From 1871 to the 1930’s many trains traveled through Concordia. In 1877 the Lexington and St Louis railroad became part of the Missouri Pacific Railroad System.

With the advent of rail service, business in the small town of Concordia flourished. Grain and other farm goods were shipped out, lumber and other material were brought in by the railroad. A. F. "Secco," Brockman began a small poultry business in 1901. He built up his small business until he was receiving eggs from all of the surrounding towns by the truckloads. When his business was at its height in the 1920's he had two railroad cars with his brand name marked on each side of them, "A F B EXTRAS." Sometimes as many as five carloads a week would be shipped to the eastern seaboard. Most of them were sold to the Atlantic and Pacific Tea Company.

Passenger service was discontinued in the 1940's and freight service stopped in 1982. In 1976 the depot was sold and moved to a location south of town.

The Missouri Pacific Railroad donated a caboose to the city of Concordia. The caboose was placed on the former railroad right-a-way which is now part of Central Park. The Concordia Heritage Society donated $1,288 for paint and supplies to refurbish the caboose and placed a historical marker by the caboose in Central Park. 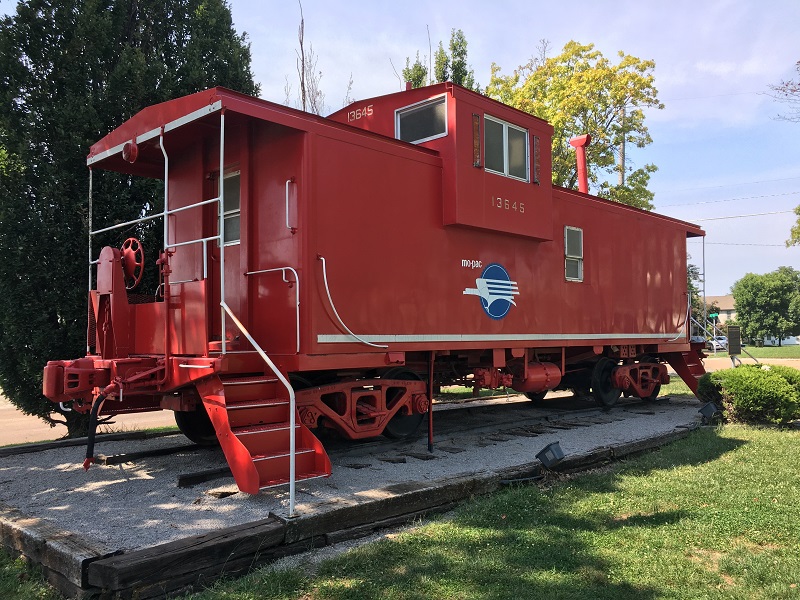